By Alan on December 24, 2012 in PC Maintenance
By Peter Owen

People often ask how to open iso files or how to extract iso files. The short answer is: you can’t. An .iso (named for the International Organization of Standards) file is an image file of an optical disc – essentially, rather than being an archive of the files on a CD or DVD, it is a virtual disc itself. There are two ways to use a disc image file: you can either burn the file onto a blank CD/DVD; or put the virtual disc in a virtual disc drive. Since the latter requires less effort and won’t use up a blank disc, I’ll explain that first.

How to emulate a virtual disc drive

First, you’ll need to download emulation software. For this demonstration, I’m going to use DAEMON Tools, although there are plenty of other programs (e.g. Virtual CloneDrive or Alcohol 120%) available that will do the job. DAEMON Tools comes in three different flavours – 2 ‘pro’ versions, which come with a 20 day trial period, and a ‘lite’ version, which has unlimited free usage for non-commercial use. Since we’re only using existing iso files, not creating new ones, the extra functionality of the pro versions isn’t needed, so we’ll use DAEMON Tools Lite, which can be downloaded for free from the DAEMON Tools website.

Click the third button down (or fourth for the mac version), then click the link on the right side of the next page. 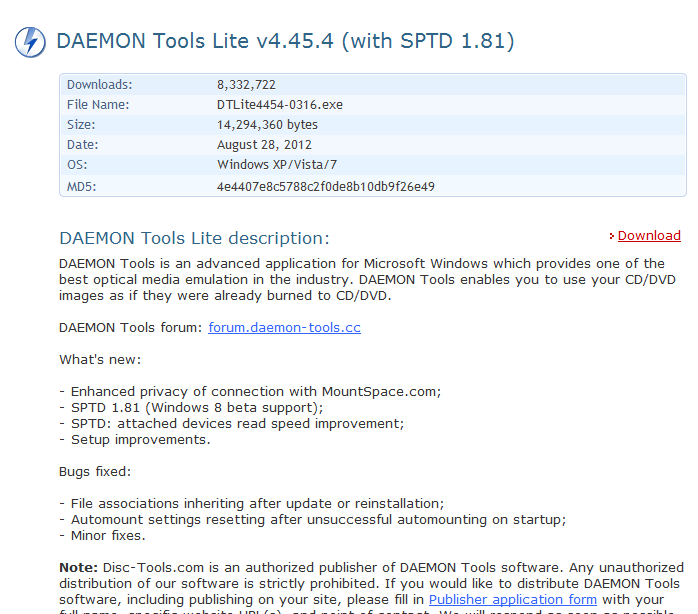 Save the file to your Downloads folder and open it. Ignore Window’s paranoia. 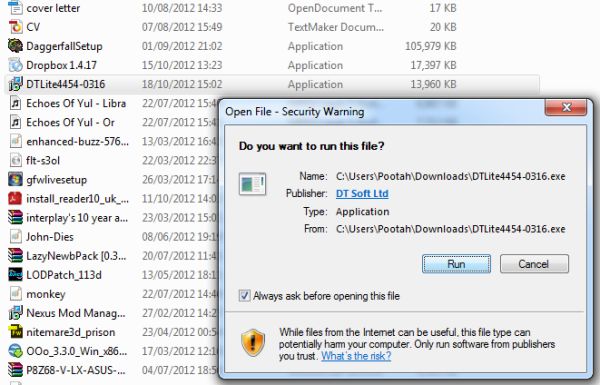 Now choose your language, agree to the EULA, and be sure to select ‘free licence.’ 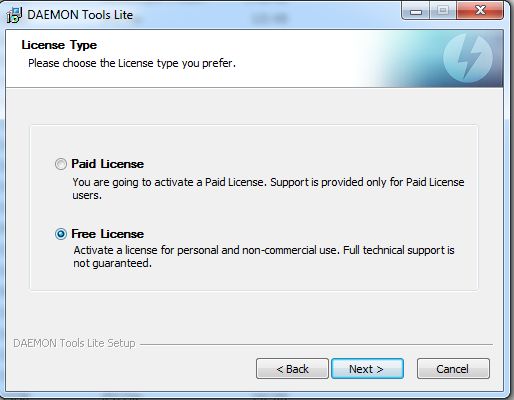 Next, you’ll be prompted to select which components you want. Since I’m not doing anything too advanced, I shouldn’t be needing SPTD, so we’ll ignore that. You also won’t need to mess with the file associations, which should include everything apart from FLAC files by default (although if you’re certain you won’t be needing them, you can opt to install just the necessary .iso filetype association). The windows gadget is one of those annoying little desktop gadgets that’ll get in the way far more than it’ll help, so get rid of that. The other two options are there simply for ease of access, so I’m going to keep both of those.

After that, the installer will shamelessly try to pass off bloatware as components of DAEMON Tools, so make sure the checkboxes are not checked. (Although I recommend fully reading what it is you’re unchecking, since I wouldn’t be surprised if it said something along the lines of “click here to not not install this totally not not malware program.”) 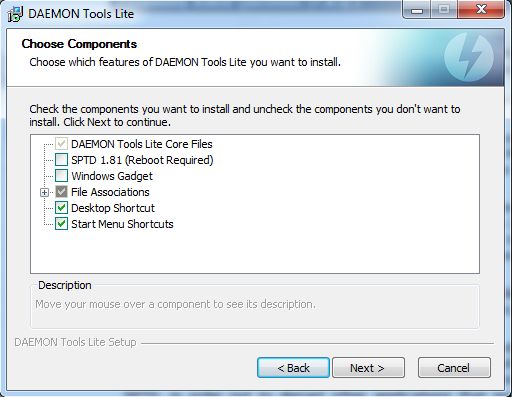 You’ll also be asked to participate in something called MountSpace, which I also don’t recommend. Finally, you’ll be asked to choose the location you want to install DAEMON Tools to; for me, the default destination is fine. 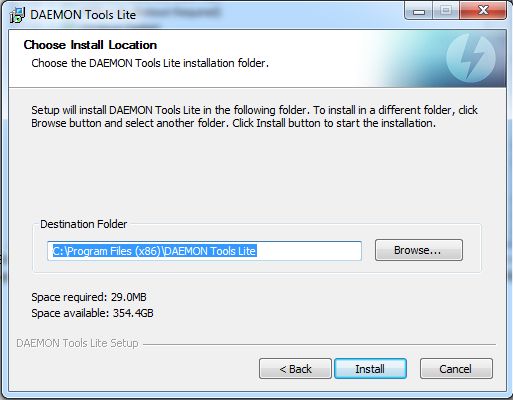 At the end of the installation, you’ll be asked if you want to run DAEMON Tools now. Select that option, but close the window that opens; you won’t need it. DAEMON Tools will continue to run in the taskbar, so right-click on the white circle with a blue lightning bolt through it. Move the cursor over ‘Virtual Devices’ and click ‘Add DT Virtual Drive’. This will create a virtual CD/DVD drive, in my case at G:, which functions in exactly the same way as a physical drive. 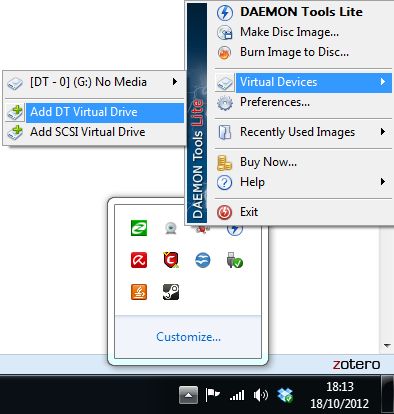 Now all I have to do is right-click on the DAEMON Tools icon in the taskbar again, hover over ‘Virtual Devices’, hover over the new drive, and click ‘Mount Image’, which will open a file browser window. Just find your iso file and double-click on it. Congratulations! You now have a virtual CD/DVD in your virtual disc drive. 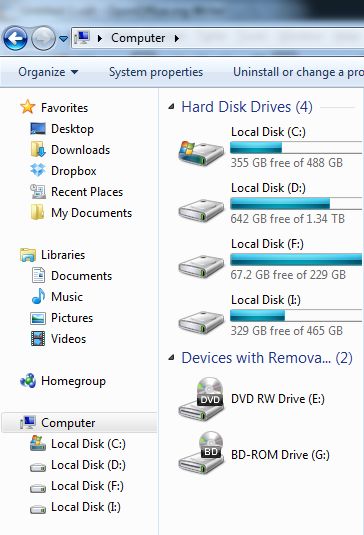 One final note: DAEMON Tools is set to open itself on start-up by default; you can change this in the ‘Preferences’ menu, located just under the ‘Virtual Devices’ option on the right-click menu seen above.