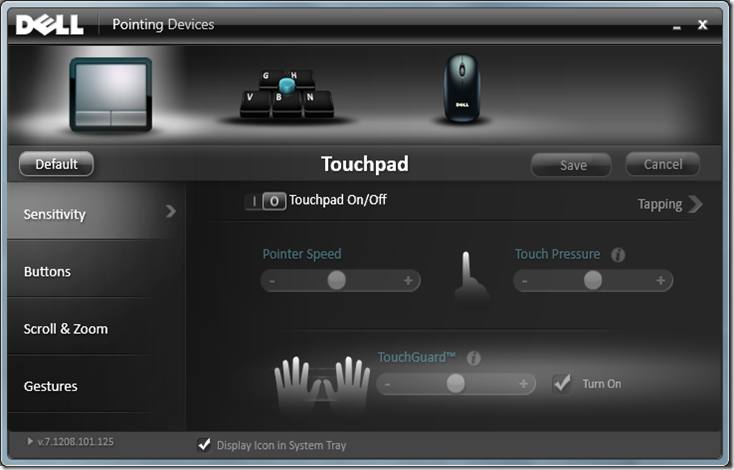 The drivers for this are

This has a nice app which sits in the system tray and is controlled by Fn + F5 – which can be used to turn off the touchpad – this is useful if you use a mouse. I would find that when I type, my wrist would brush the touchpad and randomly move the cursor – it’s nice to be able to turn this off when you don’t need it.

Troubleshooting – Restoring the Touchpad to the Notification Area

After an automatic Dell Client System Update, my touchpad was updated to version 7.1211.101.118

Following this my Trackpad control disappeared, leaving just the Touchpad and mouse, as shown below.

My touchpad control looked like this, and despite the item “Display Icon in System Tray” being checked, no icon appeared. 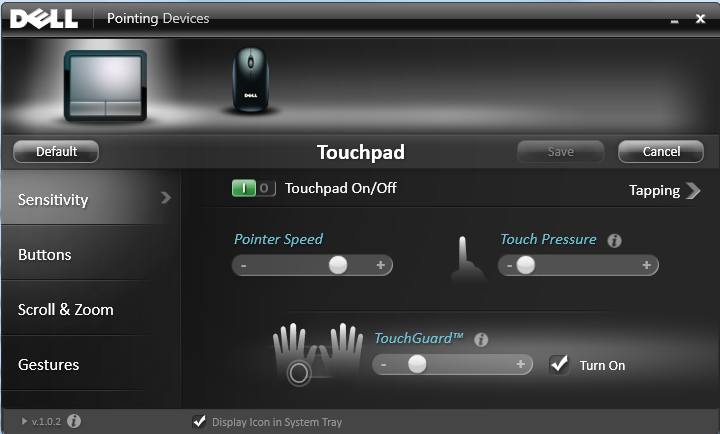 Apoint.exe (the touchpad software) is shown in Device Manager as loaded – but the tray icon was not present.

So I decided to search through the Registry (Start –> Search –> Regedit –> Regedit.exe) and delete all references to “ALPS”

I then installed the original driver DELL_MULTI-TOUCH-TOUCHPAD_A10_R315893.exe, restarted my laptop and the missing Tray Icon and functionality returned.