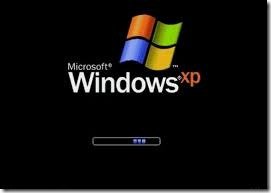 As of March 2013, Windows XP was still powering 38% of PCs and laptops worldwide.

Released in October 2001, Windows XP was phased out by Microsoft in April 2014 when extended support for the operating system ended. By the time it retires, the operating system will have enjoyed an amazingly long run – over 13 years – which is a venerable age in software terms.

So anyone continuing to use Windows XP on computers connected to the internet will be increasingly exposed to risk of hacking, viruses and malware.

It is highly likely that other antivirus vendors such as AVG, Avast, McAfee, Symantec etc will cease supporting Windows XP in their 2015 product releases – we can expect AVG Antivirus 2015 not to be installable on Windows XP machines.

Google to support Chrome Browser for Windows XP until April 2015

In a surprising move Google made the following announcement:

“On April 8, 2014, after more than a decade of powering many of the world’s computers, Windows XP will officially retire. Like all technologies that come to their end-of-life, the XP operating system and most of its desktop applications will no longer receive updates and security patches. Since unpatched browser bugs are often used by malware to infect computers, we’re extending support for Chrome on Windows XP, and will continue to provide regular updates and security patches until at least April 2015.

We recognize that hundreds of millions of users, including a good chunk of current Chrome users, still rely on XP. Moreover, many organizations still run dozens or even hundreds of applications on XP and may have trouble migrating. Our goal is to support Chrome for XP users during this transition process. Most importantly, Chrome on XP will still be automatically updated with the latest security fixes to protect against malware and phishing attacks.”

What are my options?

Continue to use XP but Stop Connecting to the Internet

“While striving to sell more and more products, marketing departments want us to believe that PCs, laptops and netbooks become obsolete after a couple of years, and not replacing them makes us Luddites. It’s not true.

Word processing, Internet surfing, watching movies – either from DVDs or from your friends at the Pirate Bay – shouldn’t make your old system think twice, granted it is configured correctly, up-to-date and has a operating system that’s efficient, performance oriented, and free as in free beer and free speech.”